Making a Bar Mitzvah with Less Stress: The 5 Secrets of Savvy Delegators 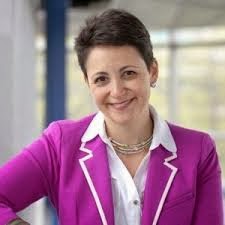 March 16th is my twins’ b’nai mitzvah. That’s 4 days away. And as you know, regardless of whether the big day is a ceremony followed by a buffet brunch (like ours) or a booming blow-out that rivals the Vanity Fair Oscars party, there are a million things that need to get done in advance of it. So when I delegated to my son Jacob the design of the photo montage, which traditionally shows as many friends and family members as you’ve ever taken a picture of, matched with a sentimental and upbeat soundtrack, I was thrilled that he agreed to take it on. Until….

Until I realized that he thought pictures of his twin sister crying or in diapers should be well represented. Until I realized that his tolerance for low-resolution images was much higher than mine. And until I realized that his choice of music was, shall we say, more explicit than mine. I was about to take back the whole project when I remembered one of my own Secrets of Savvy Delegators: “Clarify expectations up front, plan for check-ins, then get out of the way”. In other words, rather than panicking that he wouldn’t do it the way I would do it (which he wouldn’t), I sat him down for an expectations conversation, where we covered a few ground rules: 1) No pictures that embarrass anyone; 2) if you can see pixilation in the photo, shrink it or skip it; and 3) no music with lyrics that would make a grandparent blush. With that start-up information shared, and a schedule of frequent check-ins planned, I put the montage out of my mind so that I could focus my mind on everything else I couldn’t delegate.

Here are four other secrets of savvy delegators:
So whether you are planning next quarter’s business activities, your company’s annual staff retreat or a major family milestone, use the Secrets of Savvy Delegators to make your next project feel doable rather than dramatic.

Want to learn more savvy delegation secrets to help you manage your team, your work and your life? Join me for a one hour Virtual Presentation, “Delegate without Drama” this month, and 10 other topics throughout the year! Register here: www.myjewishcoach.com/webinar.html

Posted by My Jewish Coach.com at 4:26 AM No comments:

The Most Important Sentence in Delegation

For more on this topic and 10 other topics,
visit us at www.myjewishcoach.com/webinar
Posted by My Jewish Coach.com at 4:32 AM No comments: