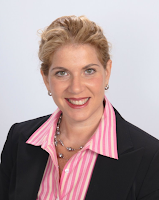 Twas the 8th night of Hanukah and I looked at my menorah and realized something was missing from this holiday. I lit the menorah each night, check. I said all the prayers, check. I sent some gifts to my youngest family members, check. So what was missing? I was cooking dinner and I realized there was a lack of latkes this holiday season. Every year I complain about the amount of fat, oil, and yummy fried potatoes I eat but not one has crossed my lips this year. I wish I could say it’s because I’m on a diet and have lost a few pounds but no that holiday weight creep has already found me thanks to a brownie recipe I made from Pinterest. I had a moment of deja vu back to Erev Yom Kippur when I was sitting in synagogue thinking about what life was going to be like in the upcoming year with my new career. I was prepared for challenges but what came to my mind I wasn't prepared for.

It dawned on me that my job as a non-profit Jewish professional afforded me a level of engagement in my religion that was easy and comfortable. Over the past 20 years, I never once thought about things like what will I do for Sukkot, Yom Ha'atzmaut, or Hanukah. My Jewish identity was wrapped up in my job. I was fully engaged in Jewish culture through activities, holiday observances and weekly kabbalat Shabbat at our JCC. I lived and worked in the Jewish world but only attended synagogue on occasion. I felt fully engaged and full from all the latkes!

As I sat there thinking, the Rabbi began his sermon. I was fully expecting the usual ask for money, political speech or why we need to be behind Israel sermon. It was not any of those things. To my surprise, he began speaking about engagement at the synagogue. My first thought was “Ok, this is weird!” My second thought led me to start thinking about “now what?” I no longer work at a JCC and will have to actually “work” at finding ways to be engaged in Jewish life. I realized this is actually what most Jews have to do and shouldn’t be that difficult. Right? Wrong!

There’s a lot competing for my time. Now that it’s not my job to be at the Havdallah Hayride or Chanukah Choopla, will I make the effort I wondered?

Rabbi Robinson said it beautifully. “You want to be here, you want to make a connection. You’re good at connecting with others—you have a circle of friends and loved ones, and have no trouble schmoozing in your given circle. But when you come here, you’re alone, and miserable. Not because someone treated you explicitly poorly, and not because you’re not committed to the idea of being a part of the synagogue—you’re here, after all. But there’s a lack of engagement, a lack of comfort, a lack of connection. So you come, you have some chitchat, and you leave disappointed rather than renewed.” It was like he was talking directly to me. So where do I belong? I’m an intermarried gay Jew with no children. If you have a group that fits that description, please call me, I’d love to hear from you! I’ve read a lot of the articles written about the Pew study and all I keep thinking is “I am the Pew Study results”. I’m intermarried and my Judaism is based more on culture than in religion. Since I have no children, I don’t need the synagogue for Hebrew school. So why should I join? I’m not my parent’s generation who believed that we as Jews should belong just to belong. I believe it’s important to be involved but I’m not going to join just to say I’m a member.

Hanukah was my first Jewish holiday not working at a Jewish organization and I had so many opportunities to engage or even make latkes at home (Oy, the smell of oil is too much for me to deal with) but I didn’t. I realize now that I’m going to have to make a serious commitment to myself to engage in the community where it once was just easy and frankly part of my job. I’m calling this a HanukahFail but only temporarily as I know my next opportunity to engage comes every Shabbat.
Posted by My Jewish Coach.com at 5:07 AM

Let me know your thoughts...