When the Beatles and the Platters Meet at Starbucks 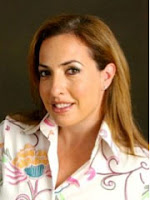 It was a regular morning and I was listening to the radio before pulling into our local Starbucks. One of my favorite Beatles song was playing; “All the lonely people”. It is kind of a depressing song to start the day with;

”Where do they all come from? All the lonely people, where do they all belong?” But nevertheless, it’s a Beatles song and I was caught in a sentimental moment. I got out of my car and still had that song playing in my head as I entered Starbucks and was ready to order my beverage. It was a busy shift and the line was long. I was looking around and all of the sudden an answer came to my mind “This is where they belong…the lonely people, right here…at Starbucks” most of the people who were sitting in the comfortable couches were sitting alone. They were, of course, plugged in to their smartphones, listening to music and with their eyes on the screen. They looked busy. While I was still standing in line a wonderful song from the 50’s began playing at the Starbucks speakers, pushing aside the Beatles song. Does anybody remember The Platter’s famous song, “The Great Pretender”?

It goes by “Oh-oh, yes, I’m the great pretender

My need is such, I pretend too much

I’m lonely but no one can tell…

And a “Eureka” moment occurred; I was looking around at the lonely people, trying to look busy, pretending they are not alone. I thought to myself, everyone here can drink their coffee at home (and for much less money), why is it that they come here and sit here in public to drink their coffee? To me the answer is, to either meet other people or to not be alone. However, being plugged to their devices, they are preventing themselves from creating these human interactions that will eventually help them not be alone.

I got my beverage and left the store, I kept thinking how attached we all have become to our smart devices and the “added value” these little things are bringing into our lives. It used to be a means to make a phone call, then it became our day-timers, calendars and watches, then it also became our camera, later it became our emails, internet, pharmacy, bank, games and so much more. But the biggest thing of all is that it became our friend! We are never really alone, as long as we carry it with us.

That is a scary thought to me.

A couple of months ago I was planning to take my daughters on a road trip to Zion National Park (only two and half hours drive from our house). We were meeting a girlfriend of mine and her kids and were ready to hit the road, but then, I realized that I couldn’t find my phone. I remembered that the battery was running low and must have died, which made it even harder to locate it around the house. I was looking everywhere but couldn’t find it. Being concerned about driving in the dark, I decided to go ahead and leave for our two-day trip without my phone. I called my husband and told him not to bother looking for me as I am off the grid. Wow, 48 hours without my iPhone (didn’t take my laptop either) was such a liberating experience. All the gurus are talking about being in the present, doing meditation, and all the techniques to get our brains to quiet down; it is all so very simple – forget your smartphone somewhere! Giving yourself a break from the on going and demanding relationship that we have with these devices can generate a great sense of Zen and much more.

Not having my iPhone for 48 hours increased my attention to the magnificent nature I was surrendered by and elevated the depth of conversations that I had with my daughters and friends. Now I will be lying if I told you that I wasn’t a bit itchy from time to time, looking for my phone, wondering who might be needing me and what updates I might be missing, but being truthful I also knew that in the moments of “needing” the phone, I was also trying to avoid something else. For some people this “something else avoidance” could be having deep conversations, having to listen to other people’s opinion, doing some soul searching, reflecting on events, planning ahead, connecting with strangers, and even feeling an emotional pain. For some people, as soon as there is a glimpse of an emotional pain (a memory of a negative experience), we want to shut it down quickly. Almost like swallowing a “happy pill” to take the uncomfortable feelings away; our smart device is doing just that. I wonder what an impact we can have over our lives, if we don’t shy away from these feelings. If we do let ourselves be vulnerable and exposed. Being in the moment, even if it is sad and lonely. Feeling the real feelings without sugarcoating them. My two cents on this matter is that we can actually do miracles in our emotional progression. Being in a Starbucks alone and unplugged will invite other people into our lives. It can be a smile from another person, an eye contact, an expression, maybe even a conversation. If only we take the time to look at other people and initiate a connection, we might have a huge impact on a stranger’s day and perhaps even a stranger’s life. The power of human interaction can never be replaced by our smartphones. Having a stranger smile and say to us “Good Morning”, cannot be done by our phones. (No. Siri doesn’t count).

When the Platters and Beatles wrote their songs (back in the 50s and 60s) they couldn’t possibly have imagined that their songs will be “meeting” on a random morning in a Starbucks. However, they did raise awareness about the human need to feel connected to another. There are so many great things that technology has brought into our lives, including the smartphones, but let us be cautious with the emotional dependency that we might develop toward them. After all, as Thomas Merton said, “Love is our true destiny. We do not find the meaning of life by ourselves alone – we find it with another.”
Posted by My Jewish Coach.com at 7:49 AM