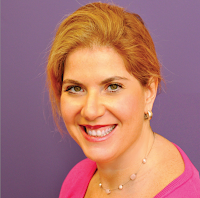 New Year's Day 2013 approached and as usual I took a look back at 2012 and imagined what 2013 had in store for me. I still make new year's resolutions but I've learned to refine them over the years. Gone are the days that I resolve to lose a ton of weight or just be a better person. Now my resolutions are concrete and a bit more measurable. This year, I had resolved to do 3 things: 1. Cook more, 2. Write more, and 3. Get out of my comfort zone more. Ok, so two were highly measurable and the third well not so much.
It's almost 6 months into 2013 and I can say I've managed to check off all 3. Cooking was easy especially after I announced this to my spouse who promptly held me accountable and used it to her advantage at dinner time. The other two were going to take some thought and diligence on my part.
Several months ago, a poster arrived on my desk for approval. The poster was for an open casting call for a show called "Listen To Your Mother." Listen To Your Mother is a national series of live readings by local writers in celebration of Mother's Day in 24 cities across the country.  I promptly put my initials on it and hung it on our community board. Everyday, I walked past that sign and it would catch my attention. It stared at me, taunted me, and called to me. I tried to put it out of my mind but I couldn't. For those of you following along on this blog you know that I don't share my personal life all that often and this certainly would entail doing so. After a month of kicking the idea around, I decided to just try and write something and see where it went. I was sitting in my doctor's office, whipped out my iPhone and started typing away. The story spewed out of me like hot lava. An hour later with tears streaming down my face (thankfully I was already brought back to a room) but I had written my story. That as I would later find out be the easy part.
I sat on the story for over a month and not once did I say anything to anyone. Finally, the night before the deadline, I sent an email to the director. I pressed send with my eyes closed and my heart racing. Still not the scariest part! The director promptly emailed me back with a time slot, Sunday at 4pm. Somewhat relieved that I would be in Florida during the auditions and couldn't make it. Oh well! It wasn't meant to be! Not so fast, the director replied and said she had a few people that couldn't make it that day and could I make it on Tuesday. Tuesday came and I auditioned for the show. I was nervous not necessarily about the audition but more because what if I actually got picked? A couple hours later, the phone call came, my story was picked to be one of fifteen stories to be shared on Mother's Day.
Rehearsals came and an amazing group of women formed a bond over sharing their very personal stories of being a mother or about their mother. This was way out of my comfort zone but every step of the way the cast, my co-workers and family all supported me in this very scary endeavor. The evening of the performance a weird calmness calm over me and all the nerves just disappeared. The show was a rollercoaster of emotional stories told from various points of view and from as diverse a group of women. The scariest part for me was facing the sold out audience (many whom I knew) after the show and after revealing a very personal story regarding my mother's untimely death.
Here's what I learned from this experience:
1. Support is all around but you have to be willing to ask for it and then accept it.
2. Doing things that are scary is not only good for you but makes you stronger.
3. Writing is a process. It takes patience, nurturing and commitment.
4. Going outside your comfort zone can lead to amazing new friendships and an experience that will stay with you for a lifetime!
Now I have 6 months to sit back and think about my resolutions for 2014. Challenge yourself to do something outside your comfort zone. I promise you won't regret it.
Posted by My Jewish Coach.com at 5:39 AM

Yes yes YES!!! Thank you Donna, for taking a risk and trusting LTYM with your story.

Thank you Ann for this amazing experience. I'm thrilled to be part of the LTYM family!

SO glad that you made that resolution. You seem so fearless that I never would have guessed that it took a resolution to get you up on that stage with that moving piece about your mom.