“We make a living by what we get. We make a life by what we give.” - Winston Churchill
At a certain point you get numbed by the stories, no matter how tragic they sound. Stop #1, a lady with a 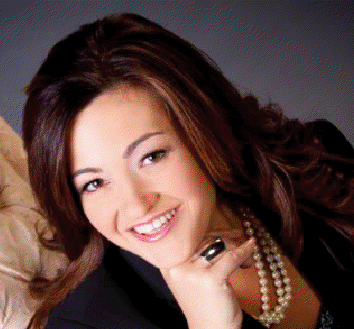 can in her hand steps into the subway and begs for money because she has AIDS and 6 kids. Stop #2, another lady with a walker and a box attached to it, begs for money because she is blind and homeless. Stop #3, a young man begging because he lost his wallet and he needs money to get his next subway ticket to go home. Stop #4, a Vietnam veteran with a box hanging from his neck begging for money because he tragically lost both arms - he touched my heart and got some spare change! You get the picture, as one comes up the other goes down, and the people on the subway continue their journey while avoiding eye contact with the beggar, as if nothing is being asked from them. Once in a while, someone will reach out to their pockets and graciously but hesitantly will contribute to the cause.

And then there is stop # 5, a guy in his mid 50s joins us on the subway and changes the rules of the game. He sits on a huge speaker box and turns on his old electric guitar. He spots a sweet young boy who is sitting next to his mom, and he starts singing to him with a smile, while improvising the lyrics ”the boy in the hood” and speaking directly to him. Smiles now start to show up, people are no longer invisible to the rest. One by one, I could see smile after smile. We started looking at each other and staring at the man singing, it was a kind of a magical awakening that we all welcomed. Who doesn’t want to feel good? Who doesn’t want to feel the “hope” in the midst of all the sad stories we heard so far during our ride? Once the man is finished with the boy, he doesn’t stop, instead he turns to my beautiful daughter and starts singing to her, to “the white lady with the gloves”. Our smiles grow bigger; we look at him as he makes eye contact with each one of us. He is not rushed, he sings during stops # 6, 7 & 8. He stays with us, he engages everyone in a way that you don’t want the ride to end. This guy has a personal story too, but he chose to share with us a different side of him, and to show us how we can keep singing and bringing joy to our lives. He chose not to share one more sad story of a declining life with no hope. He wanted us to feel good, he wanted to remind us that there is joy that can be shared, he wanted us to see what he is capable of doing when he has food and a place to sleep. All of a sudden, people started opening their wallets, all with a smile on their faces. People were not looking for small change, they were going for bills, they were happy to give and it was contagious. This man wasn’t a talented entertainer or singer, he was too a subway beggar but one who understood fundraising!

All of those beggars who stepped on the subway before Stop #5, imploring for help with moving personal stories, made us feel compassion, pity, and even guilt when they stepped down taking nothing from us. We are generally not committed to stories that we don’t know whether we can trust, or to causes that we don’t know if our contribution will have any positive impact, or things that don’t make us feel the joy of giving. We usually don’t appreciate being pushed or rushed to give, or to feel invisible to the one asking us to give without even really noticing us. We don’t give very often or much because of guilt, or to every single sad story or cause we hear. We are selective in our giving, and the way we feel when asked will determine much of our philanthropic decisions, even how we distribute our small change.

Wikipedia describes begging as “the practice of imploring others to grant a favor, often a gift of money, with little or no expectation of reciprocation.” On that subway ride I was reminded of the many solicitations I receive year after year, when I’m begged by known non for profit organizations, who support great causes, but they choose to just get on the subway with their story and avoid eye contact. They don’t care about me but just about what they have to say, and then step down on the next station and let the next one step in. I’m numbed to those solicitations! If only they chose to stay longer on the ride and connect, if they just decided to share with me the joy of their impact in a more personal way, if they chose to follow up and deliver on a promise, if only...I would connect faster and stronger.

I always remember the prominent doctor I was soliciting for a capital campaign years back, who told me “I won’t belong, so I won’t give”. My frustration led me to ask him “I’m curious, do you belong to everything you give to, or do you give so others can belong as well?” It was the turning point to a major gift. The man stayed quiet for a while, and then he said that he never thought about how others will benefit and feel by having that building, and that thought made him feel good. It is selfish to think that we only give to causes that make us feel good, but giving also has the right to be selfish, as we decide to share what we earned with hard work. When we give, that’s what we want to get in return: a good feeling!

The guy on stop # 5 gets it. He took his time to develop a relationship and connect with us, his “prospective donors”. He told us in his own way that he cared about us as much as he wants us to care about him. He made us feel good and offered us the opportunity to start the day with a bright smile while doing good.

According to Wharton Professor Adam Grant, author of “Give and Take”, the world is filled with takers, givers and matchers. Takers are those who like to get more than they give. They tilt reciprocity — the mix of give and take — in their favor. Unlike takers, givers reflect a reciprocity style that is "other-focused": they focus more on what others need than what they need. The final category of Grant’s three reciprocity styles is the matcher, who strives to achieve a balance between giving and taking. The guy on stop #5 took my bills and gave me a good feeling and a smile.

That ride on the NY subway to Time Square, became a reminder of the basics of fundraising: simple, personal, joyful, doable and when done well, beautiful!