How Our Words Can Make It or Break It 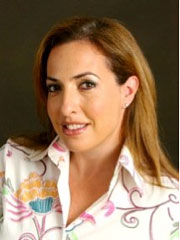 I was recently exploring the opportunity to partner with a colleague in a joint venture. A part of this offer was to sign a contract highlighting the expectations of our work together. As much as I saw a great mutual benefit in this opportunity, it was difficult for me to commit. I felt stuck in the decision making process and couldn’t identify exactly what was holding me back. It wasn’t until I had a discussion with my colleague that it became obvious to me what was the problem: the word “CONTRACT”. While this word is used in so many contexts, to my subconscious it meant LACK OF TRUST (we have each other’s commitment, why do we need a contract?) and a sense of BEING LOCKED IN that wasn’t very comfortable to me.

But of course, only my subconscious mind was aware of that. In the meantime, my conscious brain was looking for different excuses of why this partnership was not really going to work out.  When I finally questioned my own emotions and admitted that I loved the potential business opportunity but not the idea of a “CONTRACT”, my colleague offered me an alternative: “What if we call it an “AGREEMENT” instead?”

WOW. I could literately feel my muscles relaxing and my whole body shifting to a spa mode, all because of this new word, “AGREEMENT”. Agreement (I am part of it by choice) vs. Contract (I am locked in). Granted, while the document would be the same, each word carried a different vibe and meaning to me that generated an emotion.

Emotions are caused by our thoughts, and our thoughts are caused by our beliefs and experiences supported by our values. For example, for those of us who grew up reading the Grimm Brothers books, the word “Stepmother” is equivalent to undeniable evil (Snow White, Hansel and Gretel, Cinderella and Rapunzel - these poor kids…Where was Child Protective Services back then?!) However, this is a terrible misrepresentation to the wonderful, most loving and caring stepmothers out there.  It is possible that our understanding of our perceived emotions is based on fiction or beliefs that hold no ground in present time or in our real lives.

I had once coached a finance executive (let’s call him Mike) in the pharmaceutical industry who was having a hard time obtaining job offers once he had relocated back to the States after many years working abroad. In efforts to fit right back in corporate American culture, he had forgotten the power of words and emotions. Here’s a typical example: Mike would get a job offer and become very excited. He would then thank the HR director and say that he would have his lawyer look into the offer and get back to her in a few days. To his dismay, within 24 hours, the HR director would call back, apologizing that the company had decided to hold back hiring for this position at this point in time or another politically correct answer that basically said: “really? You haven’t even started working here and you are already talking about lawyers??!”    I truly believe that Mike’s subconscious was trying to guide him to act in a way he felt would make him look even more professional and detailed oriented (as the company would have certainly liked him to be), however his words (and choice of tone) would be turning him in the wrong direction. When we talked more about the gap between his intentions and the actual impact, we were able to look at the language he was using and the emotions they would generate in different situations with different people and certain moments.

So how can we make sure we carefully use the right word instead of the almost right word? I guess this depends on the underline values we each hold and the emotional attachment that we place to words individually. I’ve learned that it is a good investment taking the time to understand what does a word truly mean to me and realize that it may hold a completely different meaning to someone else. Pausing to think, seeking for input from others and asking for clarification might be the difference between lightning and a lightning bug.
Posted by My Jewish Coach.com at 1:02 PM